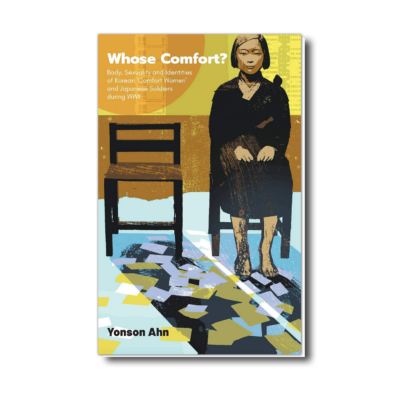 Whose Comfort?:
Body, Sexuality And Identity Of Korean ‚Comfort Women‘ And Japanese Soldiers During WWII

In recent years, international attention has been recurrently drawn to violence against civilians including sexual violence during war as a means of furthering military or political goals. The ongoing issue of comfort women has been debated not only among Asian countries including Japan, Korea, China, Indonesia, and the Philippines but also in numerous international forums.

This book examines the system of military comfort women in Asia and the Pacific created and maintained by Japan during World War II. It uses the comfort women system as a lens for exploring the ways in which body, sexuality and identity are deployed in the creation of patriarchal relations, ethnic hierarchies, and colonial/nationalist power. This book analyzes the role and nature of the comfort women system as a mechanism of social control by the colonial state. This requires the examining of sexuality and body politics, the social background of the victims, wartime working conditions, and regulation of soldiers‘ sexuality.

This book aims to contribute to both the academic community and the community of civic groups through a work that spans the dimensions of history, theory and activism.